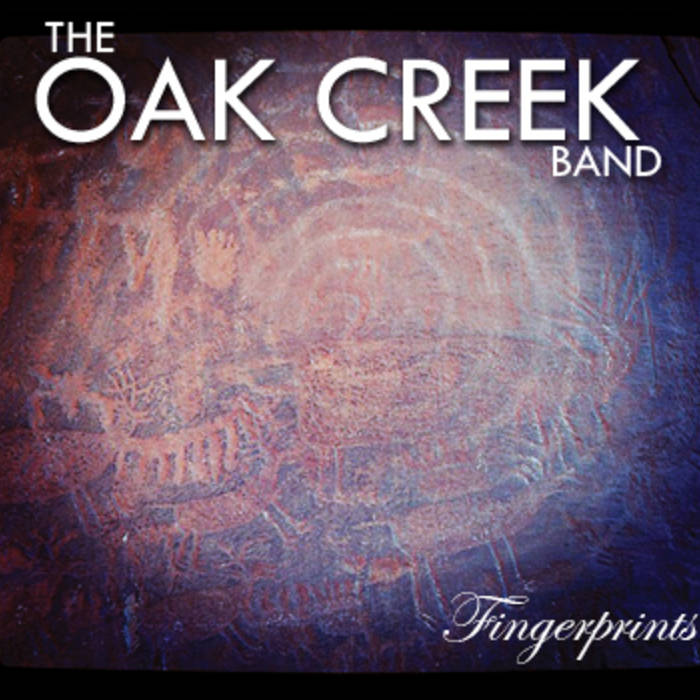 All songs written by Daniel & Jenna Watters (All Day Dreamer Music ASCAP)
Except “Penelope” written by Pinback.
All songs arranged by “The Oak Creek Band”

Originally from Arizona but in Denver since 2009, The Oak Creek Band may be releasing its “debut” but it’s hardly a new project. The band compares themselves to ’70s soft rock bands, but truth be told, they’re more modern than they think. Simultaneously indie and folky, with poppy choruses, the band nails a very fun album, even in its most tear-provoking elements
Brian Johnson - Marquee Magazine ... more

Track Name: I Want You Around
I want you around
So If I die tonight
I won't be alone

Cuz You Know its for the better
For us to be together
So we can brave the weather.
Side by side
Track Name: 2012 (Quetzalcoatl)
There's little time to waste now
The calender is at its end
So lets get lost navigating fingerprints
The end is getting nearer
And everyone I know is here
So no regrets, 2012 will be our year

These passing days are precious in these Mayan times
What better way to remind us to enjoy our lives
The end is getting nearer and everyone I know is here
No regrets, 2012 will be our year

I've heard it all before
They come in suits and knock on my door
They tell me there's a toll
If I don't pay then I won't meet my Lord.

I've heard it all before
I've heard this song before
Track Name: Penelope
Oh Penelope
Are you filled with air
Swallowed oxygen
That makes you float up?
Is it dropsy?
Will your lungs swell?
It’s depressing me
To see you struggle

Oh Penelope
Are you filled with air
Swallowed oxygen
That makes you float up?
Is it dropsy?
Will your lungs swell?

It’s depressing me
To see you struggle
I’m treading water with my oars
Glass galeons anchored, oceans floor
I’m diving down with all my gear
In search of treasure, para mi corazon

Take you to the forest
Let you feel the raindrops falling down
Seeping through your redscales
Eliminate the faucet
Eliminate the need for water
Replace it with a safe shell
Track Name: Slackline
Walking tight ropes tied from
tree to tree
moving gently thinking
I'm none the wiser for it
Those below you on the ground are dull
They may balance but they
Disrupt the tether you walk on but

Ohh I will be there to help you.
Track Name: Barefoot Baby
If everything you've ever believed
Suddenly went out the door
And the things you thought
All were wrong
Would you give up or fight to learn more
(Chorus)
When I bring home my barefoot Baby
No one will recognize me
Some people might call us crazy
But I've got to stretch out my wings

Bandcamp Daily  your guide to the world of Bandcamp